Brekton: Godfall Ascension (or its concept) germinated over a decade ago. My home setting is built on a core creation myth, the tale of Makian and the Gods of Brekton. Most of the games we've played took place in a sword & sorcery fantasy world in the midst of change.

Mankind and its impact on the world as they rise in influence and power above the Dragons and Elves and Dwarves of the old times brings with it a rise in technology and supplanting of the polytheistic faiths for an all encroaching and consuming belief in "The One." A belief in a great power who is not one of the gods.

Over the course of the next few posts I'll endeavor to share this tale and discuss how it sets the stage for the world of Brekton, a modern world like our own, which is the setting of Brekton: Godfall Ascension.

Brekton was formed by an almighty being called Makian who was known throughout the multiverse as the creator of the dragons. All other worlds where dragons existed owed their existence to Makian - who was the progenitor of the idea of the dragons and who allowed his creations to be adapted, adopted and incorporated into the fabric of other worlds with no reservations.

Essentially, all dragons were his idea first and all of them were imbued with some small portion of his powers. He welcomed other creators and omnipotent powers  to use. Even when those others modified the models, shape, color or essence of a dragon, Makian was the one whose idea they channeled.

Brekton is the world that Makian conjured forth from nothingness to serve as the home of all his dragons and the dragons created from his contribution to other creators. On this world, Makian also populated the world with other creatures. Fantasy races like Elves, Kobolds, Illithids and other mythical monsters. His conceit was that the dragon races needed others to exist with, rule over, foster, mentor and I guess effectively eat.

Over centuries of living in a godly form, Makian grew fatigued. He, like many creators felt the need to rest and recover after his eons of creating and living in the reality he had made. When he retired to slumber and recovery, he transferred some portion of his powers of creation into the instruments he'd used to craft his world and its creatures. 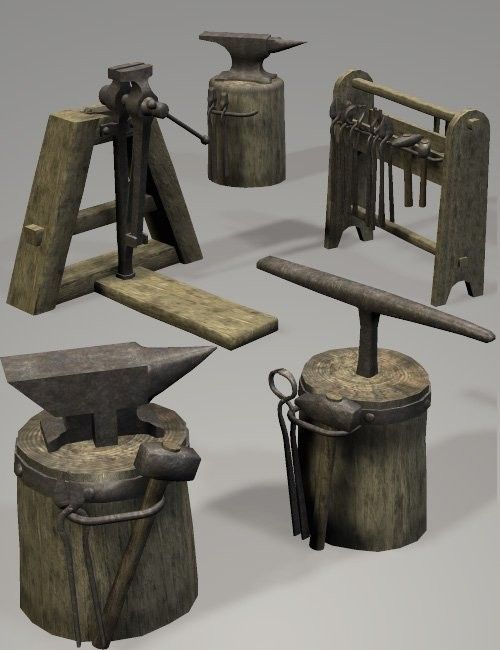 These tools, while not previously physical things, assumed a physical form when Makian slept - and like all good tools, dreamt into existence to serve the purpose of crafting life and power and places, the tools became uneasy from lack of use. Since they were in effect a representation of their creator and had an intimate link with the product of their usage over time they became aware that they had not been used and began to affect the world around them - seeking a being or beings that could wield them in their sole purpose.

This influence led to the creation of countless quests. Compulsions and dreams drove the inhabitants of Brekton to seek out the tools themselves in their hiding/resting place upon the top of Makian's workshop - a place called Mount Pen'Tce (pronounced Pen-tace). Over the centuries that Makian slept, the Tools drew these seekers, many of whom died horrible deaths or suffered tragic fates in their drive to attain the peak of the mountain and access to the creator's workshop.

Some however did succeed. Those who attained access to the mount, and who were able to find the Tools of Makian always failed to meet the needs of the task. Those who found the tools were touched by divinity and though they had failed to make the measure of assuming the creator's place, they did departed with some aspect of his powers and returned to the world to assume the role of a god. These mortals turned gods soon became a plethora of deities. Their mortal passions, needs, desires, goals and limits colored their outlook as they eventually became worshiped by the mortals from which they had themselves risen.

While Makian slumbered, the world of dragons changed. The Tools quest for mastery led to the establishment of rites among every race, culture and people on Brekton. This rite was known as The Great Tradition.

Makian's Awakening and the War of the Old Gods

Like all good slumbers, eventually Makian found himself restored and refreshed of purpose and power. His time of recovery had lasted far longer than the creator had anticipated but when he awoke and took inventory of the world he'd left he found it much changed. His world had grown, evolved and advanced in ways unknown to him. Makian woke to find the planet of dragons had become far more crowded. His great creations still held sway over the world, but they were no longer its favored beings. Instead, Brekton's lands, seas, and skies were populated by things he had not created directly.

The mortal gods, the risen pantheon, had vastly changed the development of his creation in ways both wonderful and dreadful for him to behold. While Makian awoke to a changed world, so too did the mortal gods recognize his return immediately. All the creatures of Brekton sensed a change in their existence, but none so much as the mortal gods.

Many of these new deities welcomed Makian's return. They felt joy at the prospect of the creator resuming his presence among them. These mortal gods anticipated an endless age wherein mortal god and creator could work together to continue his great project. Some however saw Makian's return as a threat to their existence. They were fearful or jealous or outright angry, fearing that the return of the true divinity would mean the end of their place on Brekton and with their worshipers and faiths.

The fearful mortal gods soon rose up and took godly arms against the creator in an effort to remove him, unseat him, return him to his slumber or destroy him. Great alliances of mortal gods warred with Makian and their number who supported his return. This conflict impacted every race, culture and society on the face of Brekton and was known thereafter as The War of the Old Gods in times yet to come.

A few of these mortal gods stood with Makian against the aggressors for they knew that should the opposition succeed in destroying the creator they too would be destroyed as Makian and his divine spark within all of them were indistinguishable. If he were destroyed their powers would be destroyed as well and there was little doubt Brekton and the dragon kind across all creations would fade as well.

In the end, the combined power of every mortal god was but an infinitesimal piece of Makian's and their assault posed little real threat to he or his creations en large. However, the conflict itself had two impacts upon the creator. Firstly, it energized him and filled him with passion and strong emotions, which had not guided him since he was very new. More importantly though, the conflict caused catastrophic damage to the creatures who dwelt below the gods on Brekton itself. The peoples of Brekton knew strife and destruction as the helpless observers in the great conflict of their creator and their mortal gods.

The War of the Old Gods resulted in the end of many mortal gods and at its conclusion, those who supported the creator and those who survived his wrath came to an understanding that they needed to work together, under his guidance and mentoring to restore their world and its peoples.