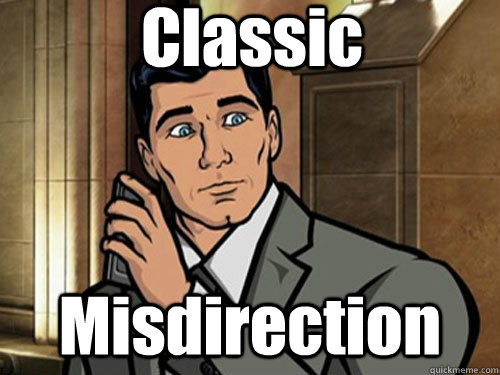 "I thought this was about... something else"

When I began this series of blog entries, my intent was to set out to help explain the state of mind I've observed grow and expand in my head space. (Unfortunately, that's not as cool as Innerspace or Darkspace...)

So far:
Where will this rambling narrative end? Not there.. let me assure you.

Picking up where we left off in our last installment, a few months after starting a company, taking on a new contract job and losing my father -  I and one of my daughters were attempting "Extreme Stress Therapy" (i.e. a long bike ride) when my oldest daughter had complications with her third pregnancy and put us all on alert for Operation Impending Doom II ("Praise the Tallest!").

Rather than regale you with thrilling one act plays where we focus in on an actor wearing a black turtleneck under a single spotlight with minimal props reciting a monologue describing repeated visits to a Maternity ward off the side of a river, let me skip ahead. The "will-they, won't they" stress of the troubled pregnancy was about as exciting as you'd never want. The oldest daughter found herself bed-ridden in the Maternity ward for the remainder of her pregnancy. Outlooks shifted from "this thing could go all the way" to "Look out, we're going to have to pull the rip cord to save one of you at least" on a distressingly frequent basis. 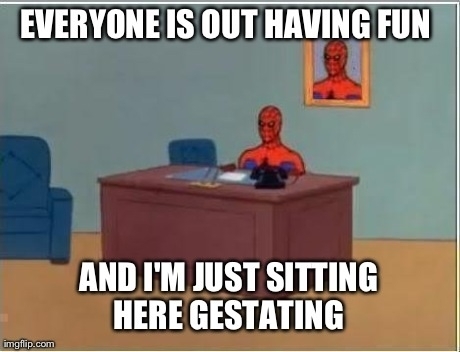 Our Ride ended in the last week of July. Our roller-coaster maternity experience lasted through August and into early September until finally, the final options were finally solidified... (Yes, I chose that wording, so what?) The pregnancy had to be ended to preserve my daughter's life. She was having distress. The baby, who was expected around Thanksgiving, was stable enough but it was unlikely both would survive if things went much further.

And just to recap some factors before this event - the daughter's husband is doing time for spousal abuse, she and her two children were staying with his mother, and until this point we were "forbidden" from ever seeing the grand kids because two years previously, when they were homeless and only had one child, we had reached out to children's services to try and get them help. (Really we still have a voicemail from the mother-in-law threatening to come over and kill my wife because of this whole thing. If we disappear mysteriously, the recording is in the cloud for reference BTW.)

Anyway, the troubled birth is not the point of the story, more its catalyst.

The good news was, the delivery completed without losing either party. The less good news, our new granddaughter was born at approximately 28 weeks ( normal human gestation is ~40 weeks - quick science fact). Our daughter experienced complications too, but she was scheduled for release a week later. The grandchild was in for a rough beginning with at least two months of NICU time ahead.

In my previous piece I mentioned that our oldest was living with another relative, her mother-in-law, after the assault that landed her husband in jail. Her children were also staying with her and her mother-in-law's boyfriend around two hours from our home and over an hour from the hospital. During her bed rest prior to the birth, she'd been allowed to visit the two older grandchildren who were almost three and one and a half once or twice. She also was informed if she came home to them there would be serious restrictions on her movements and recuperation because the mother-in-law had very strict rules about what could happen in her boyfriend's house.

Now, I get that I'm a heartless bastard who only ever sought to ruin my daughter's life and deny her the basic necessities, but when pregnant it appeared my daughter's hormonal balance shifted to something most of us would consider "normalish." We'd had time to talk about her fear of losing her child and the fear of abuse by her husband, the camera posted and recording every room activity in her mother-in-law's boyfriend's house and her desire to make some amends for the things she'd done in her youth to her siblings and specifically to me. 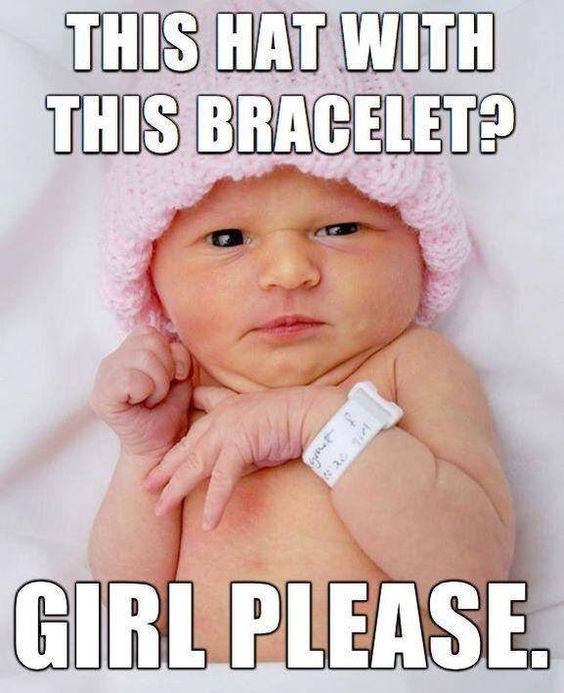 The goal was to send her home with her kids but then we learned that she would be restricted to a bedroom upstairs on a floor without a bath. That she would have to walk full flights of stairs to eat or take care of necessary hygiene activities like showering, and was under doctor's order not to climb stairs or do extended walking for at least six-weeks due tot he birthing complications that had almost cost her her life, we were surprised when the husband's mother told us all, that was no reason for her to break the rules of the house.

Her newborn daughter would also be staying in the NICU for at least two to three months in Columbus. The hospital expected her to visit daily because in many cases this sort of familial support was critical to the success of a premature child in their critical development after such an early birth. The mother-in-law, who would be her only means of getting to see her critically ill daughter, proclaimed that daily wasn't going to be reasonable. She'd only be willing to deliver our daughter to the NICU once or twice a week, when her schedule permitted. At best. (Oh, and I should add we were also informed that this woman was currently on medical disability after a car accident and was not working. She had a busy social schedule and a dying family member  out of states that had priority on her time)

It's All in the Backstory of the Secondary Characters

I should probably take a moment here to paint a picture of how things had been progressing prior to the emergency 28 week delivery for my wife and my still at home kids. When our daughter was on bed rest, my wife visited every day or two for hours. She took movies to our daughter, spent time helping her offset the boredom of hospital life, and she dropped everything at home to be there for her.

While I'd always taken the brunt of our oldest daughter's storytelling, often it was my wife who'd taken her to task for her behaviors, had sat with her at countless psychiatric appointments and was the first to answer when she called. 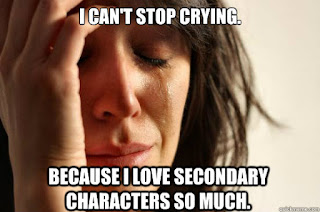 Her younger siblings however were having their own issues.

Our son and youngest daughter were both in high school. The boy starting Freshman year while his sister began her Senior year. Neither of them got a whole lot of direct attention during this period of time. They also both had lost close friends to suicide in the month after they'd lost their grandfathers. (I wish I could say that the loss of both their grandfathers had an impact on how things progressed, but neither could claim a great love or respect for either man) What hurt was the loss of close friends to suicide and the stresses of being teenagers in high-school with all the baggage that entails.

Both of them had lived through the drama and stress of their oldest sibling and had scars that come from living with someone with her mental health condition. (This is part of the problem with Mental Health treatment - often the narrative and resources focus on how you help them, not on the impact to you or their close relations - or as I call it, their victims - Treating mental health is also about treating the family around them) I know from things they've said over the years that they came to accept that they were "less important" than their eldest sister because we were always dealing with a crisis of her making up until she moved out of the house three years previously though even afterward with the arrival of the grandchildren she'd continued to draw the focus from their issues and concerns.

When their mother shifted from dealing with their issues (Which contrary to their perceptions was never a shift more like a change in balance to add their oldest sibling to an already overloaded scale) they reacted the way you'd imagine most teenagers would. They got angry and sad and frustrated. This was the point in their life when they had finally been out from the shadow of their older sisters. One moving off to begin her family and the other moving away to college most of the year. Imagine being the last two at home only to have your Mom spending her time supporting the older sister that has monopolized the family for years, then come home physically exhausted from trying to keep her own tenuous mental state balanced while taking care of all her kids and their drama. Most of us would be more than jealous and most likely resentful. (Well, they weren't there yet but boy would they be soon!) 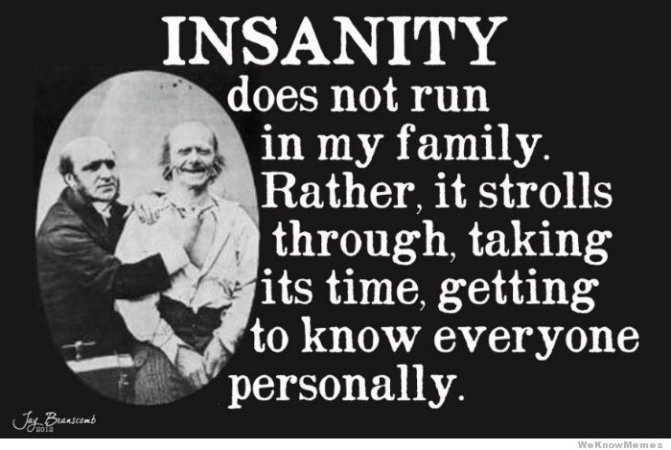 Dinners went uncooked. The house went uncleaned. Conversations were always potential powder kegs. Dad was too stressed from working multiple jobs to care. (This was what they told me multiple times as well) Life sucked while the oldest sibling was the focus of the house and at least when the baby was born they would get their parents back.

Except that isn't how this story goes....

The birth of the child didn't result in the distant separation that I think we all kinda wanted. The oldest was not going to be able to provide the best care for the child if she went home to her husband's mothers place. The husband was not due out of jail until August, and the older grandchildren were not going to be allowed to be with our daughter anywhere but in the mother-in-law's custody (by her declaration). Instead, my wife and I discussed the situation and though we knew who we were and what we would do before we talked, we decided to give our daughter the choice to live with us to heal. My wife also committed to ensuring our daughter would get to the hospital any day she wanted without question.

So with our older grandchildren living hours away without their mother or father because the daughter's husband was still serving time on his spousal assault charge (Which we came to find out was because his mother had reported him for violating a court mandated stay-away order after he'd made her angry in a fight at her home where she, my daughter, her husband and the kids lived), we took in our oldest daughter and the priority became ensuring that she did everything we could help her do to ensure her newborn would thrive. 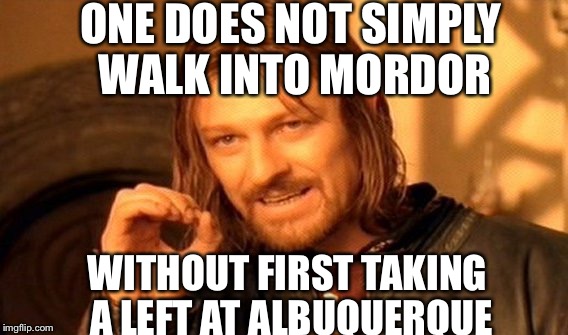 I had originally intended to cover the joys of basement co-occupants in this post, but I'm going to shift the narrative into part 4 of this series.

Eventually, I'll get us back to why I feel I'm facing "Functional Depression" and what that looks like for me but I did warn you at the beginning - it took over two years to get here and to understand why and how, well we have to walk through some of the events that transpired along the way.