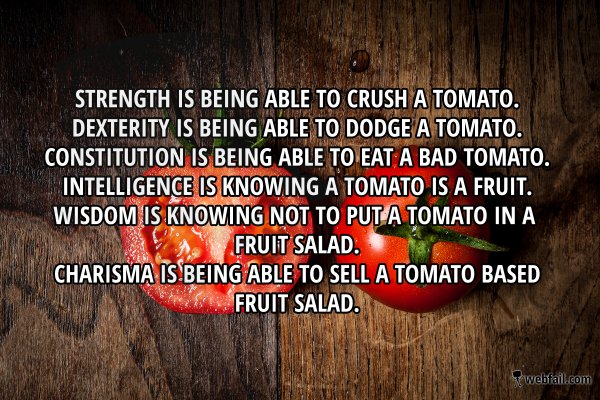 Discussing game mechanics with those who don't play or run games is always a challenge. The goal is to explain how the rules work to enable the player to feel the progression and evolution of their characters while also maintaining some level of "fairness" and symmetry with the systems, math and capabilities of the obstacles and environment around them.

This balance can be hard to strike. Players are not normal characters in the game. They are empowered. They have independent agency from some parts of the overall narrative and in many ways they are also the ones telling the story. Player characters in most role-playing or pretend scenarios are set apart from the "common" through some mechanic, be it the ability to cast spells or a drive to adventure and seek out danger to defeat adversaries. 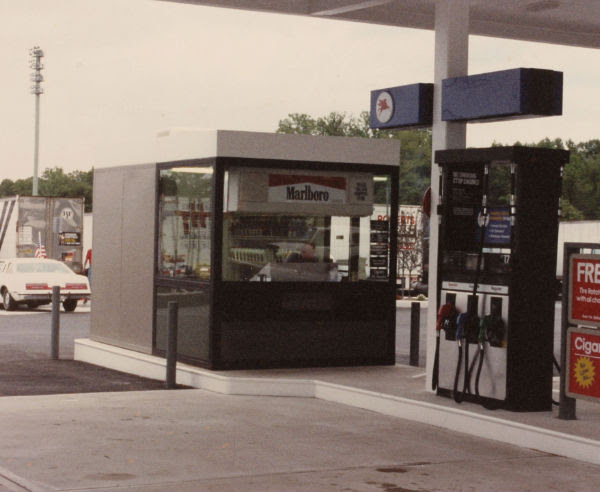 This means we necessarily have to treat them differently from Joe Stephens, the lonely clerk at the corner gas station who once dreamed of being a guitar rock god. Joe now finds himself working endless hours behind bulletproof glass, scraping by to pay his bills and enjoying his one night off binge drinking to numb the disappointment. Many of us know or have met Joe in real life unfortunately. But Joe is not a PC, he's just a person who lives in their world.

Player characters often are the same as Joe before some event changes their world, form or outlook. In that way, Joe and the player need to have the same base capabilities and in games we generally represent that with a statistical system that defines their traits, skills, unique characteristics and ultimately - their potential.

Games based on Dungeons & Dragons (Pathfinder/Starfinder and/or 1E-5E D&D) do this in some pretty formulaic ways - through the use of Attributes, derived statistics and skills or powers.

Characters (players and extras) are defined through these mechanical conceits to allow us to roll dice and combined with statistics and fixed attribute or skill values provide us a means of injecting probability and variability into each major decision's outcome. Even a physically weak person can (on a rare occasion) perform a feat of strength, and the ignorant can stumble upon brilliance insight given the right inspiration. Dice and statistics allow us to simulate this.

The Characters in this game setting would just be humans. Normal, every day, mostly unexceptional human beings. The Players would start out this way as well, but I wanted to represent some aspect of their "specialness" through a basic rule system.

Players could and would evolve beyond the human maximum if they choose. Their adversaries would also. This led me to choose Pathfinder.

The numerical values are established in a distribution curve representing the values of an "average" person or creature while including mechanical ways to represent exceptionally good and bad capabilities. This standard distribution looks a lot like a bell curve model with a range of 1-18 for Attributes and the bell curve range places "average" from 9-12 mechanically.

Player characters and some who were changed like them would become heroic. They would not necessarily be limited to "average" statistical capabilities or potentials.

When considering the system I wanted to use for Brekton: Godfall Ascension, I had to consider a few challenges. I wanted to ensure the players I had would be comfortable with the mechanics so they could focus on the story/setting/main challenge of the setting. This might just be a one-off game or it could be the basis of a long-running campaign. Either way, I needed mechanics to be simple enough to learn and play.

Next, I needed the world to be instantly familiar and translatable. I was not setting the story on Earth, but Brekton had become Earth-like in its modernity that I wanted it to be transparent. The geography will be different and the history but effectively imagine a modern world that was once a fantasy setting but no one had access to magic, and they still have iPhones and the Internet and watch football on Sundays on their 4K HDR TVs. This is a common shorthand in non-Earth based Urban Fantasy fiction these days. (Though I promised myself never to have Zeppelins from Another World! tropes)

To simplify the rules I decided to adopt Pathfinder purely because it is most similar to the D&D 5E my current players understand. Pathfinder also has supporting rules to handle Modern settings. The rules handle guns, cars, magic and heck even super powers.

What I also wanted to pull in was a concept from another game - Star Trek Adventures and the 2d20 system - called Momentum and Threat. In that game system, when a player succeeds at a task greatly they generate a temporary storytelling resource called Momentum. Momentum represents karmic inertia and allows players to directly counter a bad situation by spending the karma earned with earlier success or allows them to make a regular success a historic accomplishment through the burning of Momentum.

Once players spend the momentum points they also generate a resource for the Storyteller called Threat. Threat works much like Momentum for the bad guys or the environment to amp up the scene and add dramatic tension to scenes that naturally lead to bigger moments for the heroes.

Momentum and Threat don't exist in Pathfinder/d20/D&D. The closest analog to this concept is the "hero" or action point approach. However, the momentum model has one other difference - all players share the pool - they have to agree when and how to spend it knowing that it will come back on them eventually when the storyteller feels it is most appropriate or to stem the tide of an overwhelming and frankly un-challenging situation. This means the people playing together have to make decisions as a team, even when the characters themselves may not be together.

This is just a little look into my thinking behind what I'm writing. Next time, I will share the Incarnate base class and some ideas for how to represent divinity and growing supernatural power without making the players unstoppable godlings.