My God.. It's Full of Stars 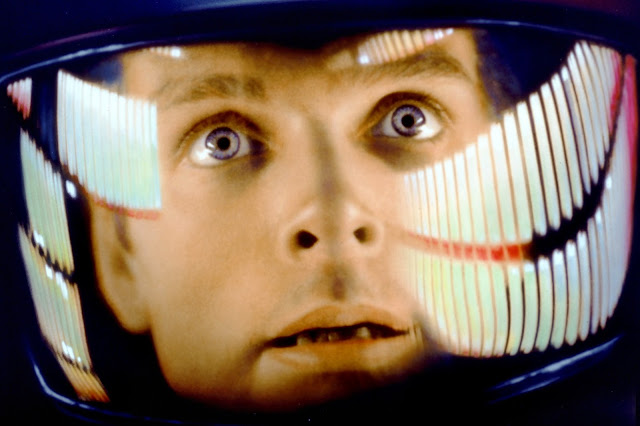 "The glory of creation is in its infinite diversity."

"And the ways our differences combine to create meaning and beauty."-- Miranda and Spock, "Is There In Truth No Beauty?" (Star Trek: The Original Series)


Space is vast.. its beyond vast.. it is as close to incomprehensible to us that it may as well be infinite in size, complexity and scope.

So how do you capture that in a video game built for a game console?

The simple answer - you don't because everything comes down to math. Math is hard, but it relies on factoring and patterns.

Infinite diversity in infinite combinations(IDIC for the Trekkies in the audience) may be the pattern of the universe we live in, but No Man's Sky - the recent release by Hello Games is not that. Sure, its a game with a huge amount of space in it (literal space, not just play area) but it lacks something that no one yet has managed to simulate - the diversity of activity a diverse universe presents us.

Representing player choice diversely however was never the goal of the experience. This isn't a life simulator, its a survival/exploration/trading game set in a huge sandbox built from known components in algorithmic combinations.


You will see a lot of press about the game that is versus the game people wanted it to be. Lets be fair here - No Man's Sky is a technical marvel - it presents a game where you as the player set out in an unknown universe with little more than the clothes on your back, a wrecked spaceship and the need to quickly gather the ingredients of your survival and eventually your progression from a randomly generated seed world to boldly take your first steps into the unknown before you, but its really a very simple game with a beautiful wrapper. Gameplay is simple and the story emerges through the players investment - not any great feat of story or design.

The worlds you encounter in your initial hours of the game will be different in detail to those of any other player. This is a solitary experience wrapped in a shared universe. Planetary biomes, weather and environment conditions, flora and fauna all spawn through the use of procedural seeding, built from a toybox of parts and variables. You will never recapture the first few hours of wonder you will experience with this game, though you will quickly adjust and become complacent in its variety - much as you are in your everyday life. The fantastic will become mundane except for those fleeting moments when something breaks you out of your mental patterns of run, mine, build and advance.

I've spent the last three days now playing in this universe sandbox and I feel like I can easily tell people what the game is and what it is not from a mechanical perspective. I'm not interested in that discussion though because as a game designer and a writer I see what it postulates can be done in this form...

The first hours of your life spent in the sandbox will be about discovering how the game's systems work. There are little in the way of guideposts to direct you in "THIS IS HOW YOU SHOULD PLAY."


There are also few aids to explain an optimal way to survive and until you acclimate to the game you will struggle with the constant survival game play loop: Run about to find resources to power your spacesuit, enhance your protections and upgrade your multi-tool. Some will complain this detracts from their desire to just wander and explore and they would be right. In its present design, this is a survival game where you travel to new locations in search of survival tools - minerals, blueprints, etc. just like other games - ARK:Survival Evolved and Minecraft Survival Mode come close to mind. 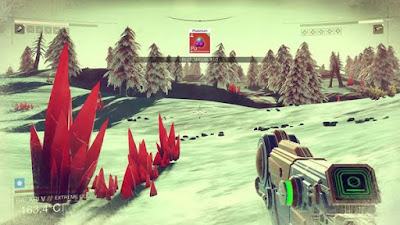 Like those and other survival games it can be harsh, unforgiving and frustrating because the whole concept of the game is a single loop - get stuff, process stuff, upgrade stuff, then get more stuff. On the surface that sounds dull. What changes that up is the attachment to your struggle, and here No Man's Sky kinda lets you decide if you care enough or not. Nothing in the current game tells you that you should continue to play if you don't care for the first game loop... and then you begin to get out of your initial shell and experience some of the game's mystery and if it grabs you, I'm sure you'll be hooked.

This is a very lonely, isolating experience. You are the sole human in known existence. You know nothing of the universe you find yourself in and how you arrived here is inconsequential.


The game does not present a strongly driven narrative. It lets players find their own story. It peppers the universe with seeds of something and then encourages you to hunt out more. The three alien cultures you encounter are props to string you along, and there is a through plot regarding a mysterious being/organization/entity called Atlas, but if you choose not to chase that path, well the game doesn't stop you.

The snippets of interaction in the game are also told using a more novel approach - these are not conversations and responses to interactive aliens - like in say Mass Effect - these are journal entries with choose your own options that provide consequences. The game also has a number of puzzles in it that should not prove hard for the majority of players, but allows for some amount of feeding the brain and keeping the mystery afoot.

This is a game where you can "complete" the objective of racing to the center of the galaxy as fast as possible, but if you do you've probably missed the point of the whole thing. This is a game where you can run and gun down every alien species you encounter, slaughter countless animals on countless worlds.. but if you do you're missing the point here as well.

No Man's Sky is not a visceral thrill ride. Sure there are moments of terror and excitement as you run from space pirates or chase down robotic sentinels who've decided you are taking too much of their protected resources. It is not a game of great accomplishment even - you just wander around, experience the worlds it presents and hopefully get rewarded for your efforts through new gear, upgrades and new ships that further feed the survival and exploration game loops.

This is the first game of this sort to actually capture my attention. Minecraft, ARK, etc.. I never understood the attraction. Something about this grabbed me early, and I believe will keep me playing in the future. The game itself is simple and repetitive overall. It's not about the constant loot drop cycle of an Action game or even the resource management struggle of an RTS or strategy game... there is something therapeutic for me in just wandering this universe gathering information, discovering new worlds and new creatures. It doesn't feel like work for me.

I'm not sure No Man's Sky in its present form meets the goals of its creative team but it is a protean experience that will evolve and morph and shift over time.


I'm enjoying my hours spent and I see myself just unwinding and relaxing with the game. Unburdened by the stress of paying my bills or the importance of my day job - it is escapist release. Is it that for everyone who picks it up? I doubt it. But its enough right now that its that for me... and maybe it can be that for you also.