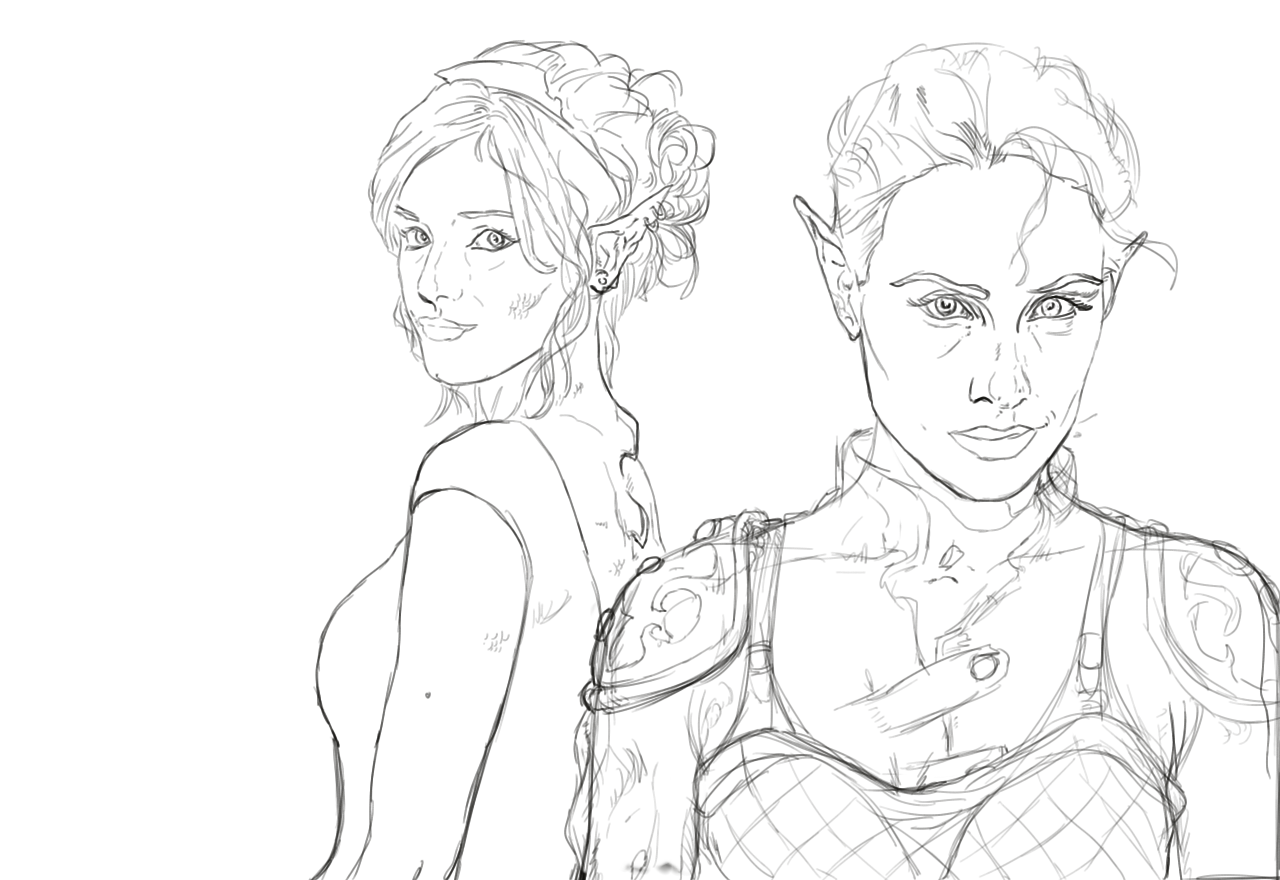 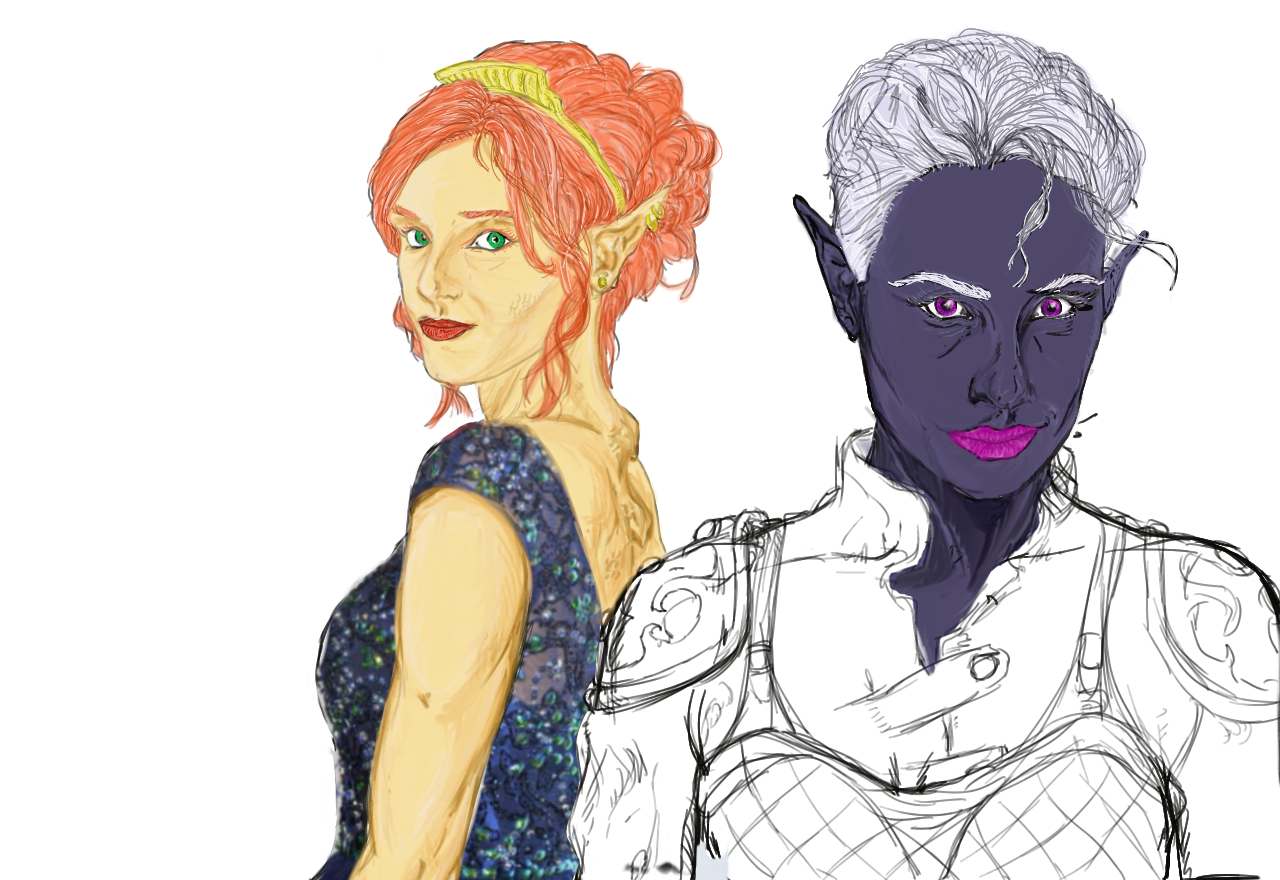 Introducing the first artwork I've done for two of the main characters of "The Spark."

These lovely ladies are the leaders of the expedition to the new colony world.

I was trying for the intensity of Valana, and even her formalwear has a militant feel to it, while her mistress and charge Lady Alamanthia gives off a sense of poise and bearing.

This is an early sketch, I just basically laid out the poses and roughed some basic details. I will be adding at least black and white depth and some more fine detail to both figures - as well as a background in the next few days.

At this stage, Valana's armor is a layer on top of the basic figure, when completed it will be merged and shaded to give it depth.

Alamanthia will have a subtle shading to her that shows just a bit her almost imperceptible shimmer and her coppery skin and scales.

I will have to do a lot more character studies to get these faces down and design the outfits before I draw the comic. I think I have a challenge ahead with the blend of High Tech (The Confederation Characters like Lou, Jessie and the gang from the William Argyle) versus the high fantasy designs of Valana and the other members of the Clutch of Darogoth.

I probably will get more sketchy with some of that design work this image alone even in that state took me a few hours to draw on the tablet.. I just do not have the natural speed and fluency I have with pencils.