It Seems as Good a Time as Any 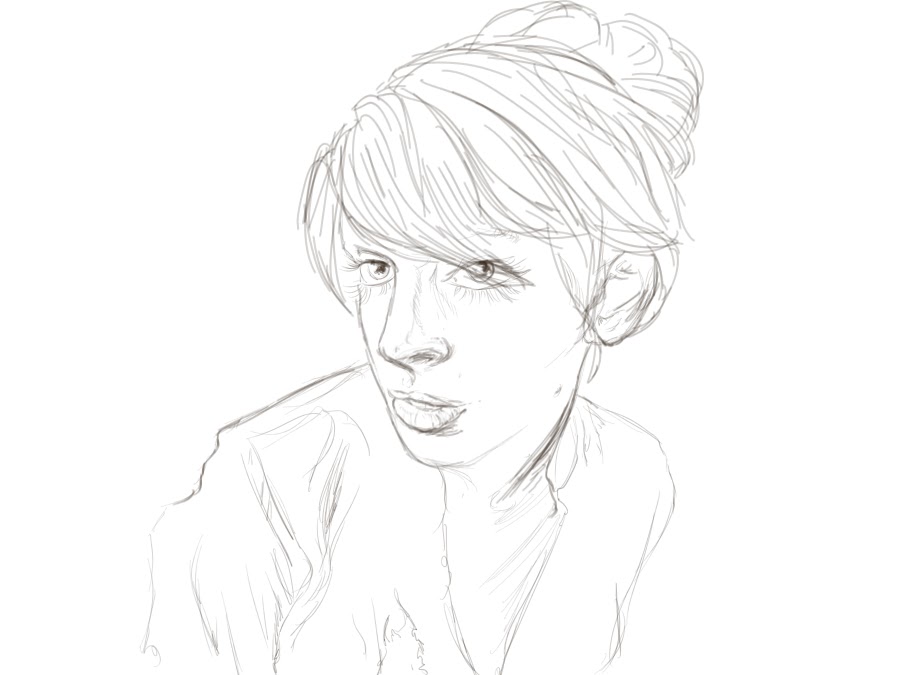 New year, new update.. well let us hope its more frequent than that. I wanted to kick off this year with some examples of some of my practice sketches I've been doing to get the hang of the paper to digital drawing transition.

Last year, when I moved from my former job to my present one I decided I needed an ultra-portable workstation to take on site during incident response and forensic work. I will avoid discussing my other professional excursions on this outlet as my life as a Computer Forensics and Crisis Management dude is not for public consumption most days, but my creative outlets did lead to influencing my purchase decision for a new work system.

When purchasing the new system I knew I also wanted to see if I could get a pen-based touch pad that would allow me to draw directly on the screen with enough resolution to complete my digital transition. This process led me fairly rapidly to try out the Microsoft Surface. I have an original Surface, not the new one and there are some issues with the screen but overall it's a solid work system.

The surface has a built in digitizer and pen-based stylus with the precision needed to actually draw. It's not a Wacom super-system, but for my purposes it works pretty damned well. Coupled with Sketchbook Pro and Mischief I can do passable work.


Speaking of Mischief, if you have not looked at the program and you have any interest in digital illustration it offers something pretty damned unique: It is completely raster based and scalable. Built by Pixar animators as a research tool for digital painting, every dot and pixel in a Mischief image is built to scale losslessly. This is pretty awesome.

Now if only I could adjust to the input lag needed to make this wonderful technology work. Instead I find myself falling back to Sketchbook Pro and it's more natural media oriented interface and "feel".

To test my skill and get a feel for the two programs I've been drawing fairly simple pencil sketches in the two programs. My proof of comfort test was executed using the above posted self-portrait picture taken with the Surface Pro webcam.

Both of the images were drafted using the "pencil" brushes, both had the same source, but frankly only one of these two pictures looks or "felt" like a pencil sketch and with my current brain wiring was a completely natural transition to a digital tool.. Sketchbook Pro.

I found that Mischief had a huge input delay and was under-responsive to the quick sketchy strokes. Hatching and cross hatching in Mischief had to be performed as a deliberate act with pause to await response and rendering, whereas Sketchbook Pro was immediate and flowed with minor delays.

Understand that I'm not claiming Mischief is a bad tool for this, only that with my present skill and approach it feels unnatural. Some of this is a factor of the rendering technology behind the two tools - Sketchbook is rendering pixels as fixed vectors, they are not mathematical geometric objects. One size fits one.

Every dot and line in Mischief however is an independent mathematical object that can be scaled and deformed. Each pixel is a thing with scalability. Effectively think of the objects in Mischief as a connected series of 2D objects blended and rendered by a formula.. which is why Mischief can scale and re-size without loss or distortion.

I'm still getting the hang of playing with these new tools. Unfortunately I'm also struggling with time management and a hectic schedule to play.. like most frustrated creatives, the needs of the practical life - family, career, stress all act as constraints on my ability to allow myself to just relax and draw or have fun.

As a gift to myself, I am including the images I've created thus far below in this post. I hope you all enjoy seeing them and as I get more comfortable with the images, will see an evolution in my skills as well over the coming posts.