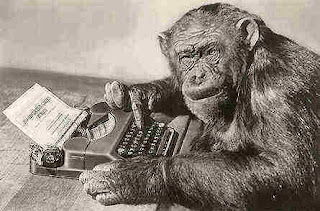 I'm often astonished by the work I've produced over the course of my careers. While I've usually been a tech guy for my primary job, it is the secondary work - the writing or other media work - that delivers the most reward.

Reward not in a monetary sense - I'm not making mad cash writing or doing any of the other things I do - but in the sense of fulfillment. Working as an IT guy, security expert, systems engineer - those are pretty unrewarding jobs. You always find yourself fixing problems and seldom get anything back except possibly a sense of accomplishment for having deciphered the cryptic pattern hidden in a failure or fleeting thanks from a user who five minutes earlier insisted the problem was of your making.

Writing for me is a personal activity, and maybe that's at the root of why I am not doing it more professionally anymore. I still write content for Columbus Parent on my subject matter - video games and playing games - but the bandwidth in the publication for my work is pretty limited. I'm thankful to be included and published every month and I hope the readers see some value from my work.

Thinking back over my accidental writing career and following on the subject of yesterday's Dispatch story led me down the road of needing to recognize why I write.

I've always been a writer - pecking away at story and creating characters, but it wasn't something I felt comfortable doing until very recently. I struggled for many years with even the simple act of composing sentences - and some of my editors probably would say I've never mastered that skill to this day - but I've always had the urge to share ideas and talk about fantastic things with people.

While I was lucky enough to be given some measure of artistic ability and I took to the camera pretty quickly, even that out led me toward sequential storytelling. When I'd draw a picture as a kid, I did so with this swarm of backstory kicking it's way around inside my head. I always knew why the scenes I depicted were taking place, what led to them and where they might lead, but it wasn't until I took up writing to support my art that I realized what I was really trying to gain.

There is a world of information behind everything I share and I'm looking for the best way to share it or the best way to bring that vision to focus. When I accomplish that feat I'm rewarded. I feel that momentary elation and like an addict I try and find that next act to provide the creative high.

Working from that perspective, with that reward system, is hard.

Sometimes you pour your heart into a work and in the end it doesn't yield the joy you expect. Leashing the creative beast and training it to respond on command like one of Pavlov's dogs lessens the efficacy and spontaneity that enhances that feeling of accomplishment for me, but my view of the stark truth is a professional always needs the beast on that leash and has to be able to produce on demand.

I've trained my beast to drool when prompted. I've had to over the last few years - quantity often was king over quality with my professional writing work. Crank out 50 editorial pieces a week and you soon realize it's a mechanical act more than some mystical reveal of your soul. Parts of your voice eek through even in those mass produced works, but there is seldom much satisfaction for me unless that post or piece sparked discussion or debate.

Where I'm heading with these daily(or kinda, sorta semi-daily) pieces is to rekindle that creative release while honing the on-demand response.

"It doesn't matter what you write." Ted told me early on. "It also does not matter if it's any good. What matters is that you do it. That you move from thinking about writing to committing thoughts and ideas to the page. Let someone else try and make sense of your intent - that's what academics and editors do. A writer just writes. Eventually, with enough time and practice you'll learn to focus on the good concepts and it'll become second nature. Or maybe you won't and you'll find an editor smart enough to see the diamond through the dross."

I think that was his long winded way of saying "If you keep at it enough, even you can be the one monkey in the infinite pool who ends up writing Shakespeare. "
writing writing process